We’re thrilled to be official host site and partner of the OnComms, awards for theatre presented online while theatres are closed.

Recently we contributed to a blog post about “The new (theatrical awards) normal?” by John Chapman of 2nd from Bottom, alongside OnComms originator, Geoffrey of OffWestEnd and the very first winner of an OnComm, Simona Hughes, writer of About 500.

Which prompted us to write a round up of OnComm winners that you can watch on Scenesaver now.

About 500 is the story of a woman whose fertility is fast fading as her egg count declines. It was all ready to perform live at VAULT festival in London this spring, when Covid-19 shut the theatres – and everything else – down. Virtually picking themselves up, they pivoted to online performance and recorded the show via Zoom.

Devised with women in HMP Low Newton to tour to male prisons, this performance of Key Change was recorded at The Space in 2017. It’s a raw, illuminating and very funny portrayal of women in prison.

Stephen Smith devised and created this performance of an Edgar Allen Poe classic tale at home. It was performed live on Facebook, through ingenious filming on a mobile phone. He says, “I had a lot of fun creating it, and it was great meeting the challenge of streaming/performing it completely live on Facebook too – zero edits and one shot to get it right… talk about the pressures of live theatre!”

Presented as part of a double bill (preceded by monologue The Masks of Aphra Benn), Oranges & Ink sees good friends, Aphra Benn and Nell Gwynn discussing their lives and times. The two-hander gives “insight into the friendship that may have existed between two creative people who have seized “whatever opportunity came along”.

If only everyone had watched this back in 2015 we might have been ready for Coronavirus. Daniel Bye’s prophetic one man Edinburgh show about a strange new disease that makes everyone weep is part storytelling, part comedy, part performance lecture.

A one man show about witty humane French writer and philosopher, Michel de Montaigne. Performed at the Hen & Chickens Theatre by Jonathan Hansler in 2019. 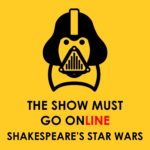 Star Wars as if written by Shakespeare was actually written by Ian Doescher, who makes a cameo appearance in this ingenious Zoom enabled production, performed live on YouTube by an international cast.

Bin Juice is an all-female, dark comedy about the dirty side of a filthy business. A hazardous waste company is interviewing for a new apprentice. Performed at VAULT festival just days before the Government shut the theatres, the show got 5 and 4 star reviews across the board. Now it has an OnComm.

The classic Shakespearean tragedy gets a TSMGO makeover with an ingenious and resourceful presentation of the play performed live on YouTube via Zoom. 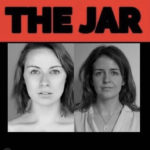 The Jar is about a heartbroken woman confiding in a spider. Dublin’s New Theatre & takeyourseats.ie commissioned writers to write short one persona plays for camera at the beginning of lockdown in response to the current global crisis. The short piece was filmed by the actor, Lauren Farrell, at her family home in Ireland.

A female truck driver has an unsettling experience on a night drive during the pandemic. New writing commissioned by Lights Down Productions, performed by Jodyanne Richardson. 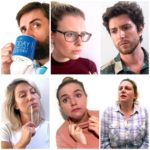 A new writing showcase of short plays from established and emerging playwrights across a variety of genres. This is bare-bones theatre performed live and beamed straight from the performers’ homes into yours.

A series of monologues presented by women, all of whom have killed. Follow their stories and see their actions and reasoning through their eyes. Performed at home during lockdown.

There are over 150 performances to watch on Scenesaver from original operatic shorts and digital dance collaborations to full length shows filmed in theatres and original online performances created from home during the pandemic.