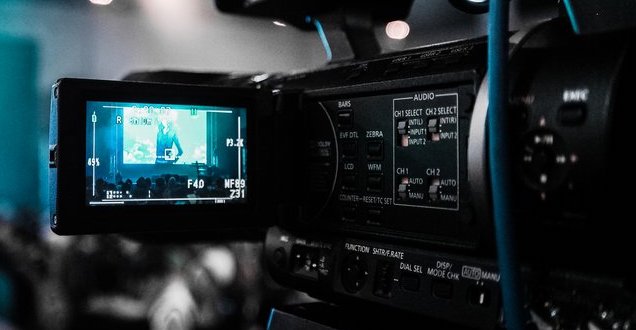 Why filming your performance matters

The pandemic has been devastating for the theatre world, but if there has been one positive outcome, it is the change in attitudes to filming and streaming performances.

Filming was previously viewed by many as sacrilege, but now creatives are realising that filming should be standard practice rather than an add-on option.

Why is filming your performance so important?

It is a record without which, when a performance run ends, the work dies and is lost for ever.

It is a showcase for the talent that went into creating it. How can you tell someone a performance was the next best thing since sliced bread if they can’t then enjoy it?

It builds up a following for you and the other creatives involved in producing the performance.

It can showcase your work to new audiences, and encourage them to consider staging a performance.

Making performances accessible to all

Another aspect is one that is hugely important to Scenesaver: accessibility. There are millions of people who cannot physically get to see live theatre, maybe because of disability, finance, childcare issues, work commitments or geography.

Up until now they have been deprived of seeing this work. Streaming gives them a chance to experience it. And creatives have the opportunity to produce subtitled, signed or audio described versions of the work.

This, Scenesaver believes, transcends money. It is about altruism and doing something good.

If you have put on a run of your performance, and hopefully had a success and made money, why not share the show online once the run is over and let others, who were not fortunate enough to see it live, have a chance to  enjoy it? It won’t impact on your ticket sales because live theatre is always going to be special, but it is the next best thing. The footage can always come down if you reprise the run.

Prepare, plan and get it right

Streaming is not a magic solution though and you need to be aware of possible pitfalls.

It is more than just sticking a mobile phone on a table and pressing “record”; although to be fair that can sometimes work brilliantly as we have seen during lockdown.

You need to pay attention to the audience experience. Comedy, for example, without an audience, can seem hollow and soulless, so to film a live show, rather than a rehearsal, is a better option as it creates energy and excitement.

You may have wonderful footage but if no-one knows where to find it you won’t have the audiences you dreamed of. Your videos will languish on an unseen YouTube or Vimeo channel. Sharing your footage on an open platform like Scenesaver, alongside lots of other like-minded productions and creatives, can help you reach new viewers.

Streaming is not necessarily a route to riches. The theatre companies that make considerable sums of money out of streaming are the exception rather than the rule. A Times newspaper article revealed that when the National Theatre opened its archives to stream performances during lockdown, the average donation was 20p!

Don’t get caught out

We are hearing of new businesses springing up in an attempt to cash in on the need for streaming. They are contacting performers and promising them the world. Some are offering to film performances when they resume, but making theatre companies sign away their rights by demanding exclusivity.

If you go down this route check out how experienced the firm is; ask to see samples of their work, and talk to their previous clients to see if they were happy with their service. You need to know the team coming to record your performance know what they’re doing.  If not, your own tech or lighting people, who know and understand your performance, could most probably do as good, if not a better, job of filming your work.

It makes sense to embrace technology, streaming is progress and a positive step. No-one is suggesting it should replace live performance but it is another way of presenting and preserving theatre to enable it to be enjoyed by worldwide audiences, and isn’t that the point of creating it in the first place?