Win a Performance Award in the Birthday Honours 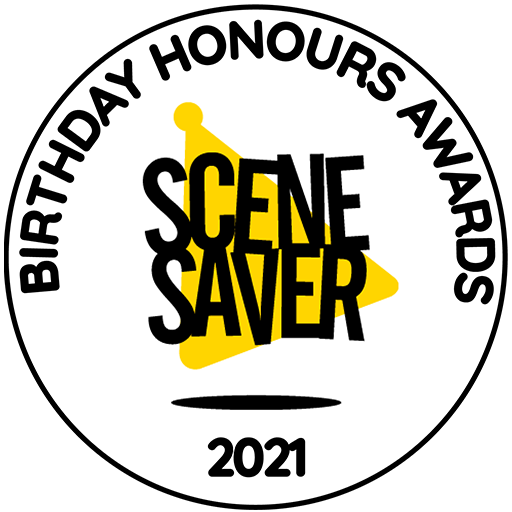 It’s Scenesaver’s first birthday! And what a year it has been. The little shoestring startup that wanted to make little theatre big and accessible to all is now international with 400+ performances and thousands and thousands of users all over the world.

And our success is, of course, thanks to our wonderful creatives who share their fantastic performances with Scenesaver.

They are so talented and, as our way of saying thank you, and to celebrate our birthday, we are launching the Scenesaver Birthday Honours Awards.

Any performance that is featured on Scenesaver is eligible for the awards and we are giving everyone a chance to have their say, so we would like you to nominate and vote for your favourite performances, please.

It is all very simple and straightforward. The awards are split into categories ( see below) and as long as you are a Scenesaver user, you can nominate and vote. When we have received all the nominations and votes these will be added to the selections of the Scenesaver award selection panel to decide the winners.

One thing we do ask, please don’t multiple vote for the same person or production because only your first vote will count. But you can of course Tweet and Facebook your fellow creatives and friends and family to vote, so long as they are registered users on the site.

Dates to remember. The closing date for the award nominations and votes is Sunday May 23rd  midnight BST and the awards will be announced one week later on Sunday May 30th at 7pm.

And these are the categories:

Dates to remember. The closing date for the award nominations and votes is Sunday May 23rd  midnight BST and the awards will be announced one week late on Sunday May 30th at 7pm. Nominate now.