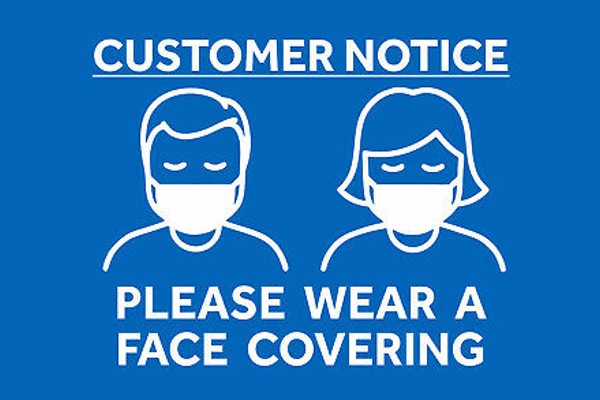 To mask or not to mask?

So did Boris do anything wrong?

The whole mask thing in theatres is causing considerable confusion and it seems there is no hard and fast rule.

Some theatres are absolutely insistent on people wearing masks and the ushers have taken on a new role as mask police ensuring every theatregoer wears one. This is not without its problems as a friend discovered when he bought an ice cream in the interval and was told he was not allowed to eat it! And once a performance has begun it is quite distracting if the ushers try to enforce the rule when an audience member removes their mask.

And there is another trend. When the 5 minute bell sounds the audience members begin to fidget. But not for the usual pre-show activities of turning off their ‘phones, it is something else. Then, when the final bell sounds, when the ushers have closed the theatre doors and the venue is plunged into darkness, suddenly it all kicks off. People jump to their feet, leaving their seats and making a beeline for the back of the auditorium.

Never before has there been so much pre-performance activity in the gloom of that 60-second hiatus before the start of the show.  The bemused ushers, who minutes earlier have been displaying their mobile phone signs, look on in shock as people barge past them.

This is the reverse of any pattern we have ever seen before. We all know about the cheapskates who like to buy seats in the gods then sneak into vacant ones in the stalls but this is something else, people rushing, not to be nearer to the stage, but further away. What on earth is happening?

And the answer is that this is post lockdown theatre, many of the audience members, even those in masks, are just not comfortable sitting in close proximity to other people. The pre-show fidgeting is theatregoers planning their exit, eyeing up favourable and isolated seats, in readiness for a quick dash before the performance begins. Ever solicitous they do not want to take someone else’s seat but, once the theatre doors are closed, and they know no-one else will be arriving, they are on the move, far happier to be further away from the stage, in seats, cheaper than the ones they had paid for, if it means there is no-one sitting near them.

The reality is that, after 18 months of the pandemic, many people are just no longer comfortable being next to strangers. Whether it is for fear of catching Covid or a combination of both, it is hard to tell, and many theatregoers are playing a game of Musical Chairs at the moment!

FACE COVERING
Face coverings are no longer required by law. However, the government still recommends that people continue to wear face coverings in crowded, enclosed spaces to reduce the risk of spreading COVID-19. For this reason and to help protect our staff, cast and other audience members, we ask all our visitors to continue to wear a face covering while in the theatre, unless exempt or when eating or drinking. You may be reminded of this on entry to the building, however this will not be enforced.