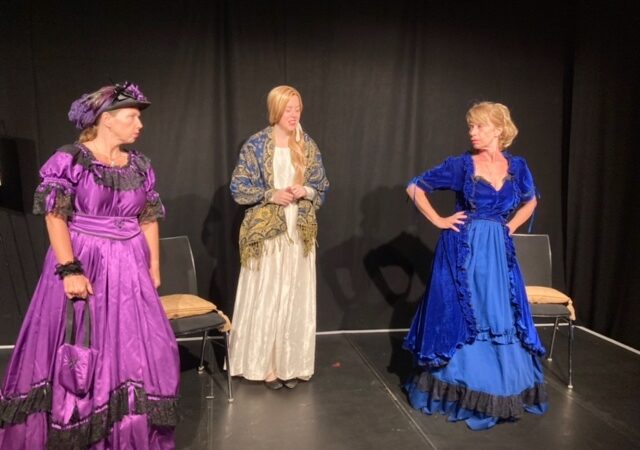 The Strangest Edinburgh Fringe Ever

Joan Greening is a playwright who has shared performances of her work on Scenesaver (with subtitles). Back from the Edinburgh Fringe, here she shares the experience of presenting live performance at the Festival in Covid-19 times. 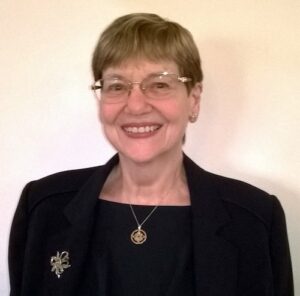 I have been associated with the  Edinburgh Fringe for many years and I am absolutely sure that there will never be another one like 2021!

It started in late June when we were told, after months of uncertainty, that a small live Fringe would be happening. I had no play ready as one of my actors was self-isolating and could not perform the play we had been rehearsing when it was cancelled last year. I had to quickly rewrite another play called Rossetti’s Women, which had been a one-woman show, to accommodate the three actors who wanted to perform at the Fringe.

One of my actors had other commitments and was also in another Fringe show so we managed to have just three rehearsals before we arrived in Edinburgh. Another of my actors caught Covid (despite two vaccinations) and had to self-isolate until the night before our technical rehearsal and drove all night to get there on time. Meanwhile, I had been learning the lines and bought a costume which fortunately I never had to wear!

It didn’t feel like a great start but when we got to Edinburgh everything began to go right. We had huge audiences who loved the show and we had extraordinary applause at the end. People seemed to be delighted to be back at live theatre and they were so complimentary it made it worth doing.

Another great bonus was that we didn’t have to flyer at all. We had such good numbers in every day that there was no need. In all there were seven hundred shows during the Festival. Four hundred and forty were live and the rest were online. There is no doubt that the live shows did very much better than the online ones. A friend of mine had a very popular play online that had lots of publicity and very good reviews. She sold seventy tickets in three weeks. Our live Venues had 78% capacity over the Festival. This was a Fringe record.

Usually there it is difficult to get reviewed as there are about three thousand five hundred shows on but this year we were reviewed nearly every performance! We were delighted with our two five star reviews and three four star reviews and thrilled to be nominated for an Offest award. There was such a good feeling in Edinburgh and the most remarkable thing was the audiences were local people whereas usually the audiences are made up of international fringe-goers and the fringe regulars who are there every year. The locals who usually stay away from the densely crowded Fringe were its saviours this year.

It was a strange Fringe but a wonderful one and I doubt will ever have another like it. Big audiences, huge enthusiasm and beautiful weather!

Naturally I had my play filmed for Scenesaver! I will be submitting it as soon as it is edited.

Watch performances written and directed by Joan Greening on Scenesaver.