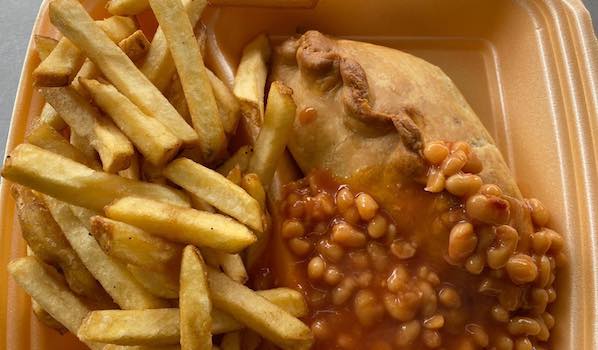 Pity the Performer: Do We Need Real Food on Stage?

Will poor, starving actors soon to be consigned to history!

The bard it seems, as is so often the case, was spot on when, in Richard II, he penned the line “Things sweet to taste prove in digestion sour.”

There seems to be a worrying trend, namely that performers on stage, in the spirit of realism in theatre, are having to eat their way through plates heaped with food.

In one recent performance, set in a cafeteria, one poor actor was presented with a steaming plate of pasty, chips and beans every time he entered the restaurant. On each occasion he polished off a plateful of food in between saying his lines. By the end of the play he must have been so full, it was a miraculous feat that he even managed to take a bow!

At another performance, a kitchen sink drama with a set that came complete with a working oven, a meal of fish sandwiches and chips was cooked and then consumed by the actors.

As they ploughed their way through the food, their second performance of the day, surely we have to ask ourselves, is this really necessary?

And these are not isolated incidents. Full meals are often laboriously prepared on stage, lavish attention spent on chopping vegetables, pans then bubbling on a range and steaks sizzling on a grill and the theatre is filled with the sights, sounds and smells of a kitchen.

But is all this attention to detail really necessary? It takes a great deal of effort to have working taps and fully functioning cookers on stage. But do these features really enhance the performance, or are they merely a distraction?

Taking a quick straw poll of audience members reveals that many feel the cooking is unnecessary. Some say they have on occasion been so transfixed by the amounts consumed that they forgot about the play, and others lost the plot altogether because the sight and smells just made them feel hungry!

Would it not be better, they asked, to leave some of this to the imagination of the audience, after all pretty much all of us know what it is like to be in a kitchen or to eat food. Do we really need to see it happening for a performance to be convincing? Should it not be about the acting rather than the food preparation? There are so many brilliant plays that are performed on a bare set and it is creativity and imagination that pulls in the audience and leaves them spellbound.

No-one is advocating the return to unrealistic looking plastic food being “served” on stage but maybe there could be a compromise. If not, will we be seeing scripts in the future coming with health warnings?

Maybe we should take our lead from Shakespeare and leave the hissing and sizzling pot to the witches in Macbeth.