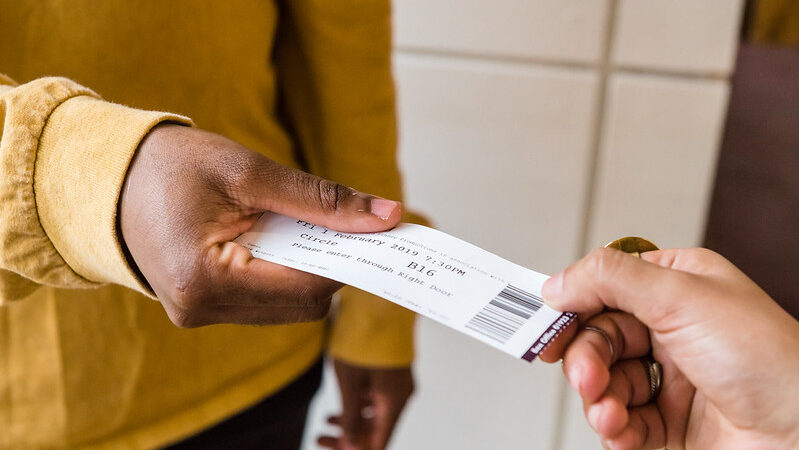 On the price of theatre tickets

I was recently talking to some friends of mine who asking me the most suitable show to take their 7-year-old grand-daughter to for her first visit to the theatre. I told them that the best experience for a child of that age would be “The Lion King” with its spectacle, fabulous songs and incredible animals.

I also said to try and get tickets on the aisle in the stalls as the animals parade down there at the start, close enough to touch. I told them that’s what we did in 2004 for our grand-daughter and it made such an impression on her that since then she’s been to the theatre on countless occasions and is now at Warwick University taking Theatre Studies.

Not long after we heard back from our friends who said that as much as they would have liked to have taken my advice, the same tickets as I’d bought in 2004, G31 etc were (including booking fees), 128.50 each! I looked at my ticket for 2004 (I’m a bit of a hoarder) and saw it cost 44.50 (probably no fees) which according to the Bank of England’s inflation calculator, equates to 65.59 in today’s money. So the current tickets are nearly double what I paid taking inflation into account. And they’re not even the most expensive seats available – they go for 173.50 –  so a night out at the theatre for a family of four could cost nearly 700.

The producers might tell you that there are tickets available for 23.50 but as the show’s website says: “Very restricted side view. Unsuitable for persons under 5′ tall. Leaning forward is necessary.”

All this got me thinking about theatre prices today, especially as there had been a Twitter storm when the cheapest available ticket for Mike Bartlett’s 90-minute play “Cock” went on sale for 460 (including the ubiquitous booking fee of – wait for it – 60!!). This was because the theatre was using dynamic pricing, the same system that airlines use to put up prices as availability decreases. Admittedly, after being vilified from all quarters – the furore almost broke the internet – they backed down and prices were reduced… to around 200.

There’s no doubt that producers and theatres are trying to claw back their losses after the Covid lockdown and realise there’s still demand for the big hit shows. At the beginning of booking, I got two tickets for “Cabaret” at the back of the circle for 90. When I went to look a few months later as my daughter wanted to go, the exact same seat was 250. It was the hot ticket and once again dynamic pricing was in action as the show started to sell out. Now with the new cast and the excitement having calmed down, there are plenty of tickets available from 50 although not many – the top price is 250 but you do get some food and drink.

The big problem with dynamic pricing – well one of the big problems – is that if you really want to see the show but are unable to commit to booking when the tickets go on sale, when you do decide you can go, the prices have doubled or possibly trebled and you can no longer go meaning you’ve been penalised for not booking early which just doesn’t seem right. It might work for airlines but it doesn’t work for the theatre.

As for ticket prices themselves, these enormous rises mean that what is already seen by some as a fairly elitist cultural experience is becoming even more so and pricing a stratum of society out of going to the theatre – well at least to mainstream West End plays and musicals.

I know that theatres will say that there are always the cheaper seats in the upper circle or you can queue for day seats or in some cases enter a lottery but judging by the audiences I see, going to the theatre is still attracting a mainly white, middle/upper class, affluent audience as well as tourists who are now flocking back to London keen to get their cultural fix whatever the price.

I can only suggest that if you can’t afford West End prices, then have a look at the many off-West End theatres which have some wonderful shows at a fraction of the cost of the mainstream theatres – you might be surprised at what you get to see – and you can still afford a drink at the interval!

(And watching performances from little theatres from across the world on Scenesaver is free, Ed.)

Main photo by Alex Brenner, The Stage under a Creative Commons Attribution licence.