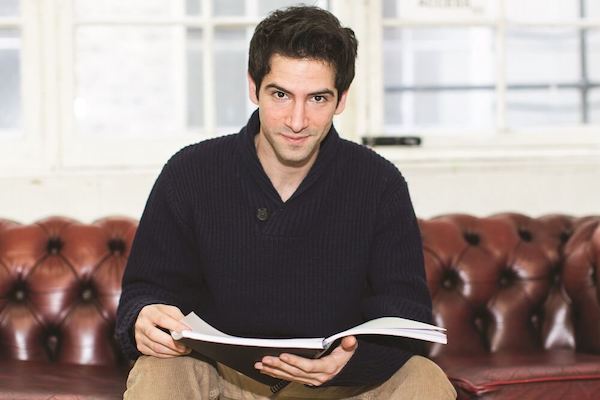 Niv Petel on lockdown in Israel and re-invention

Niv Petel is an Israeli actor, voice over artist and graphic designer. Trained both in Tel-Aviv and London (Mountview Academy of Theatre Arts), he performed on stages across Israel, the UK and the West End. As a voice over artist, Niv was casted to dub lead roles in Hebrew versions of major films like: How To Train Your Dragon, Mary Poppins Returns and many more. Niv’s critical acclaimed one man show, Knock Knock, which he created as a student in London, has won several awards and has been touring the world in the last three years.

As soon as our government announced the limitations on public gatherings, back on that surreal evening of March 10th, all the theatres had to shut down. Shows, performances and concerts were cancelled (people were actually asked to leave the venue in some places), and the vivid culture industry of Israel froze all at once.

Since the majority of actors in Israel are freelance and not employed per se by the theatres, most of the actors were left with no income and without proper support. A huge protest was organised by the artists, and it took a little while for the government to come up with a very unsatisfying financial plan. But at least, things are still in motion and being figured out.

Since the sky was closed too, I had to cancel my planned USA tour with my one man show Knock Knock. Our Independence Day, National Memorial Day for Fallen Soldiers, and National Memorial Day for the Holocaust – three immensely important days for the people of Israel – were held indoors and virtually this year, which is unheard of. The theatres started to release links to streamed productions (a bit like SceneSaver) as well as original self produced videos of their actors performing songs together or humorist sketches in response to the situation.

Coincidentally (or perhaps mysteriously guided by the universe), during the past year I have started a process of stepping away from the stage and from acting in general, towards a new direction in life: Graphic Design and particularly Animation. A bit earlier, when my UK visa expired and I moved back to Israel, a chain of events and encounters rekindled a childhood passion of mine for drawing, painting and animating. Following this call of my heart, I took a few courses and started rolling as a graphic designer and a motion graphics artist. Since I already had an established network in the theatre scene in Israel, my first clients were actually theatres! I designed posters, created video-arts, and edited trailers for their productions.

By the time COVID-19 invaded our lives, I had a portfolio ready and just about enough experience to start taking designing gigs outside of the theatre world. I’m continuing to take courses and evolve in this field, and my dream is to be a 3D Character Animator in a big studio. I’m very passionate about it, and my skills and experience as an actor become very handy as an animator – having to bring characters to life and all… “Re-inventing” myself like that, was only possible by taking a break from everything. By letting go of the pressure one puts on oneself to “succeed” in this world. I see this lockdown period as an invitation to put the foot off the gas pedal, step aside from the crazy race after capital and success we’re otherwise blinded by and consumed by, and try reconnecting with our true and fundamental selves.

I encourage actors, who now have to stay home anyway, to try and look for this other thing you might have passion to and explore it. Of course, do whatever it is you need to do to provide yourselves with food and shelter, but other than that, use this time to clear those lungs off of used air, so that a fresh new breathe could get in.

Visit the website of my one man show, Knock Knock, here: www.knockknockplay.co.uk