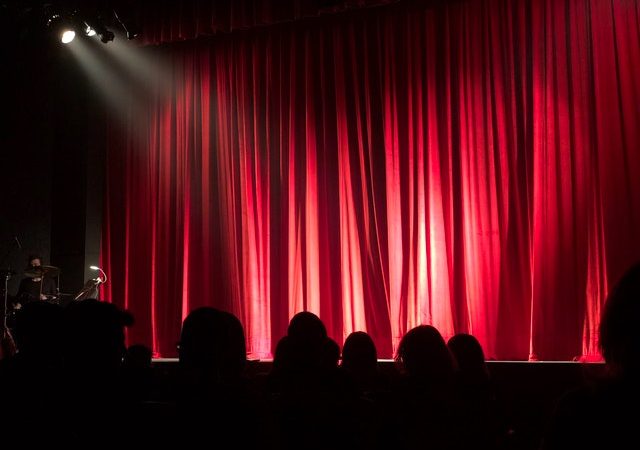 Snap, crackle and pop! Who’s the worst person in the theatre to sit next to?

Can anyone tell me who exactly it was who woke up one morning and thought:

“Brainwave! What we need in our theatre is for the audience to munch food during all of our performances.”?

Yes, I get it, cash-strapped venues need to generate as much revenue as possible and every penny counts, but who was it that decided that the ideal offerings would be the snap of crisp packets, the crackle of bags of jelly babies and the pop of Maltesers careering round their boxes?

And this leads me to think about audience etiquette.

We have come a long way from the days of Shakespeare’s Globe Theatre, when visitors rarely arrived on time or stayed for the whole performance. They were a rowdy, unruly bunch, hurling vegetables at the actors and even climbing on stage to interrupt the performance.

Audiences may no longer be chucking vegetables and theatres may be implementing no late admission policies, but there are still issues disrupting productions.

Actors Daniel Craig, Benedict Cumberbatch, Hugh Jackman and Patti Lupone have all stopped their performances to call out audience members for texting on their phones. In some cases they have even confiscated the offending phone.

But where do we draw the line? It’s considered OK, indeed it is encouraged, to shout out loud: “He’s behind you” and boo and hiss whenever the villain appears in a pantomime. However, as happened at a play I recently attended at a small theatre, sometimes the ticket holders can be enjoying the performance a little too much. It was a feel good show, seven people in the audience were absolutely loving it, they got into the swing of it, and were singing along with great gusto, much to the chagrin of someone sitting in front of them. He hissed at the party of friends to be quiet, but things escalated, and the decibel levels and animosity rose to such a distracting point that the performance almost ground to a halt. It took an interval and a member of front of house with the diplomacy skills of a Nobel Peace Prize winner to calm the situation.

Talking to friends nearly every one of them has a nightmare audience member.

So, Scenesaver is asking you to tweet your “worst person in the theatre to sit next to” and mention @scenesaver. We’ll collate and share the best responses.

*And for the pedants among you, yes I know the events at the Ford theatre in Washington DC on April 14 April 1865 were one of the most horrendous theatre experiences but, for the record, it was a performer, not an audience member, who assassinated the US President Abraham Lincoln.

Want to share your thoughts on theatre? Email info@scenesaver.co.uk

Log in to share your full-length performance footage on Scenesaver or watch brilliant performance from small theatres all over the world and donate to the creatives behind them.