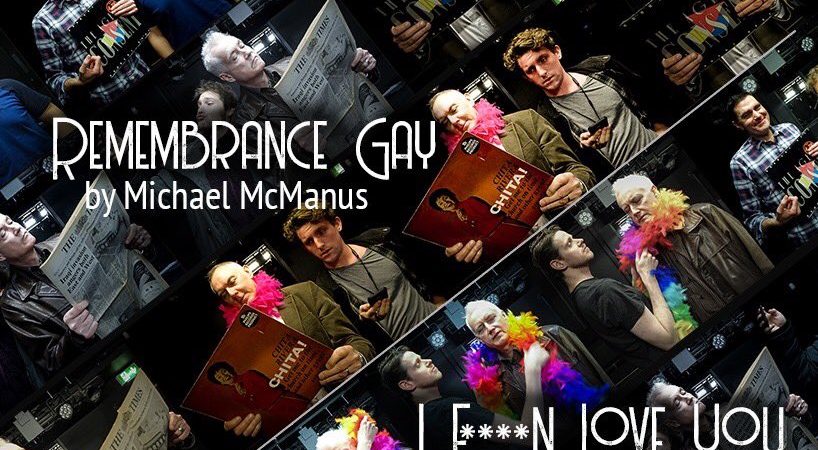 Michael McManus is a writer and political animal. “Remembrance Gay”, which was to have been presented at the White Bear between 24-28 March, is his third play. Here he reflects on how the pandemic has impacted his life.

The first hint of a possible pandemic and lockdown came as we were preparing two separate casts for a double bill of new plays at the White Bear Theatre. This was only a try-out really – a week and just six shows – but we were rehearsing intensively, going off book, blocking and putting together sets for both plays. Booking was so, so sluggish, though, and we knew we were in a race against time.

When the hammer blow came, on Monday 16 March, at once we asked the directors and actors to come to the Bear the next morning, not to rehearse for the production, which had now been postponed, but to run through the two plays, then read them in front of an HD camera. Then we had lunch downstairs and, one by one, went our separate ways.

I am so glad we did this. It forged a powerful bond between all of us, left us with a legacy as we faced an uncertain future – and gave me, as writer of the first play, an opportunity to address certain weaknesses in the script.

For almost a month, in isolation just yards from the White Bear, writing was completely beyond me. I cleaned and tidied and painted walls and cooked and mastered WhatsApp, but, creatively, my mind was blank.

Then, quite suddenly and unexpectedly, the wall came down. I listened to that recording and did some really positive work on the script. It’s hard to imagine anything good coming out of this ghastly pandemic, but, in my own small way, I have at least made a substantial improvement to a piece that is deeply personal to me and, at the time of writing (6 May), should soon have its debut – on Zoom!

My dear old best friend Nicholas Courtney used to say that “survival is all” and, in my seventh (or is it eighth?) week of lockdown, I am now working on a new piece, which I started with him in 2007. So he was right after all.

Log in to share your full-length performance footage on Scenesaver or watch brilliant performance from small theatres all over the world and donate to the creatives behind them.